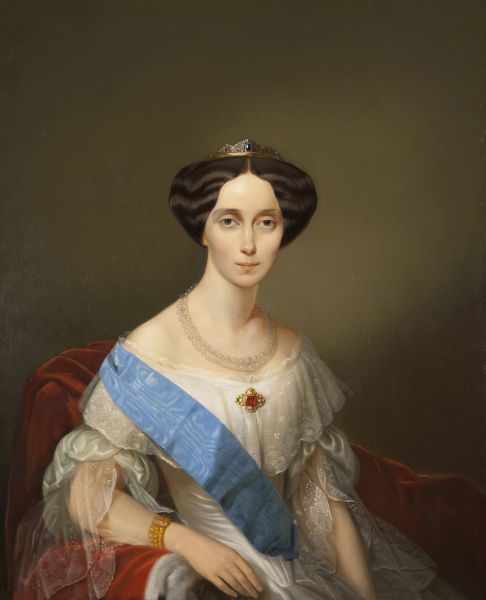 Marie Alexandrovna (1824–1880; née Maximiliane Wilhelmine Auguste Sophie Marie of Hesse and by Rhine): Wife of Grand Duke Alexander Nikolayevich (from 1841), future Emperor Alexander II. Distinguished by her modest and timid nature, she preferred quiet solitude in country residences to a more active social life. She was a patroness of the Red Cross, hospitals, orphanages, and girls’ gymnasiums, donating enormous sums to charity. She took an active role in the liberation of the serfs. She paid a lot of attention to bringing up her children. The cooling toward her and the betrayal on her husband’s part, who began a long relationship with Princess Ekaterina Dolgorukaya in the mid-1860s, the constant fear for his life, and the death of her son, Nicholas Alexandrovich, the heir to the throne, in 1865, all had a negative effect on her health. Beginning in the 1870s, the empress spent autumn and winter in Crimea and Italy, but nevertheless died from tuberculosis at the age of 56.