Heroism of Leonty Korennoi, Grenadier of the Finland Life Guards Regiment, at the Battle of Leipzig in 1813 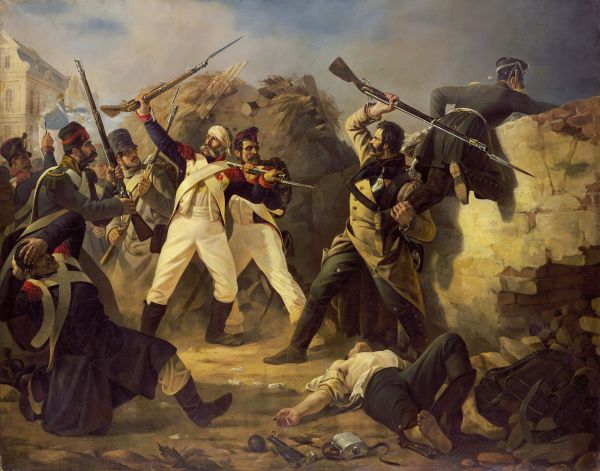 Leonty Korennoi’s heroic deed serves as the subject of Polidor Babayev’s painting, which was completed 4 October 1813 during the famous Battle of the Nations at Leipzig. The battalion of the Finland Life Guards Regiment, who had been attacked by the significantly superior enemy forces, began to retreat from the battle. Korennoi, with several grenadiers, made it possible for the commander and wounded officers to retreat. The last of the living remaining, with 18 wounds, he was captured by the enemy. In an order to the army, Napoleon made an example out of him for the French soldiers and released him. For his bravery, Korennoi was promoted to sub-ensign and became the regiment’s standard-bearer. He was also awarded a special silver medal around his neck with the inscription, “For Love of the Fatherland”.