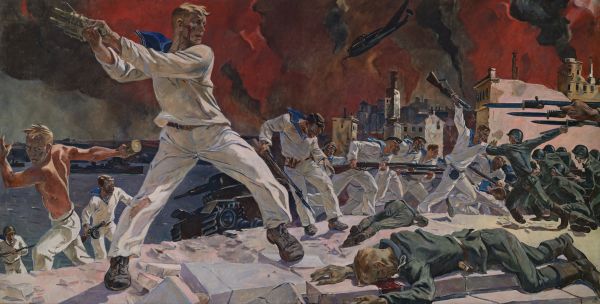 The picture was painted in 1942, during the height of the Second World War. The artist wrote: “I was in the war and saw the battles and many grave and heroic episodes. For some reason, I decided to paint Defence of Sebastopole, although I did not see the resistance of the city; I only heard the tales about the defence. Why did I paint this work? I love Sebastopole, a town I often visited before the war, on ships and cruisers … When I saw photographs of the ruined town, I realized that I had to paint this picture. When I was working on it, I experienced everything for real and put my whole heart into it.”