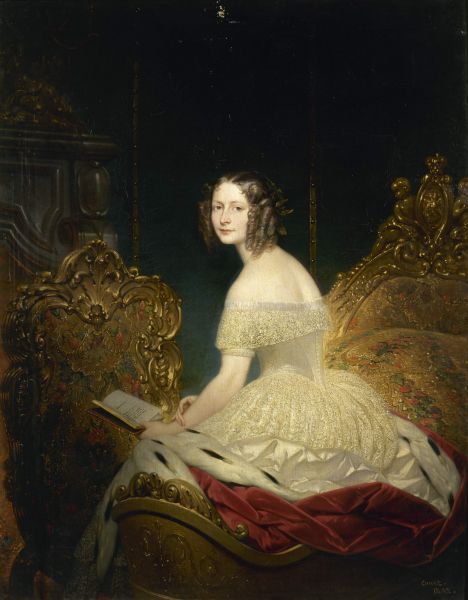 Grand Duchess Elena Pavlovna (1806–1873), born Princess Friederike Charlotte Marie of Württemberg, became the wife of Grand Duke Michael Pavlovich in 1824. She was educated in Paris at a private boarding school. She was famous for her charity work. During the Crimean War, she organised the Holy Cross Fellowship of Sisters of Mercy, which would become the prototype for the Red Cross. She was a patroness of composers, musicians, writers, and scientists. In 1858, she began the first conservatory classes led by composer and conductor Anton Rubinstein at her home in the Mikhailovsky Palace. She was one of the founders of the Russian Musical Society (1859). She was a strong supporter of liberal reforms and contributed to the liberation of peasants from serfdom.