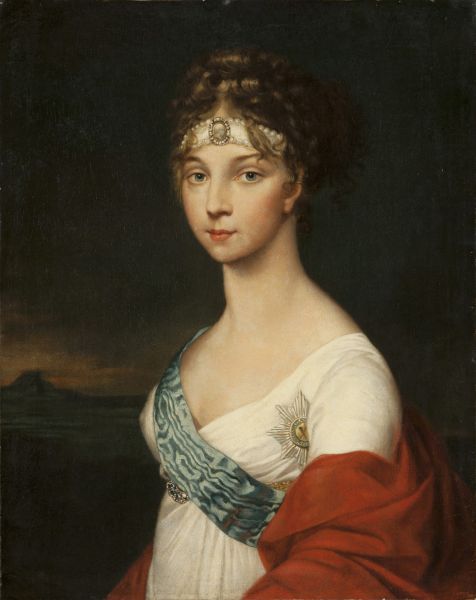 Elizabeth Alexeyevna, née Louise Maria Auguste of Baden (1779–1826): Empress of Russia, spouse of Emperor Alexander I. She was noted for her beauty, level of education, and romantic character. Mainly, she led a secluded, domestic life. In public life, she played a subordinate role to her mother-in-law, Empress Marie Feodorovna. Her husband was frequently unfaithful, and after their relationship cooled, she had several affairs. She buried all of her children. In her later years, she once again grew close to Alexander I and outlived him only by a few months.