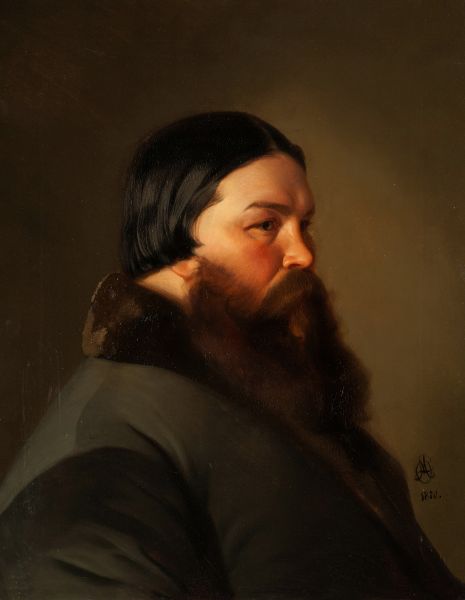 Empress Marie Feodorovna, like her mother, Queen Louise of Denmark, had an undeniable talent for painting. After she arrived in Russia, she studied with the famous landscapist Alexei Bogolyubov, who was close to the imperial family. Coachman Grigory seems to have been painted by the Grand Duchess under his tutelage. A love for art accompanied Marie Feodorovna throughout her life. The fact that her husband, Grand Duke Alexander Alexandrovich, became interested in collecting and started on the path toward patronising Russian artists is something for which that she should receive credit.