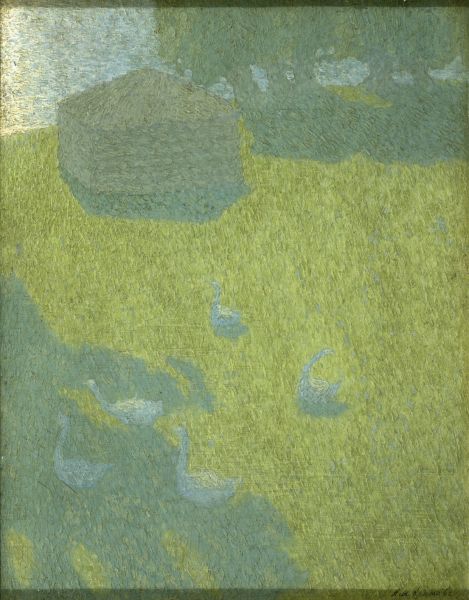 On a canvas ﬁlled with tiny strokes of whitened paint, like in the work of French pointillists, the world appears to be mysteriously transformed, ﬂat, and frozen in an eternal “moment”. An everyday scene seen through the prism of dreams is “puriﬁed” from the accidental and the momentary, and takes on a mysterious signiﬁcance and characteristics as timeless as antique tapestries. This is one of the ways to overcome “life” in search of a passage to go beyond the limits of visible reality in the art of Russian symbolism.