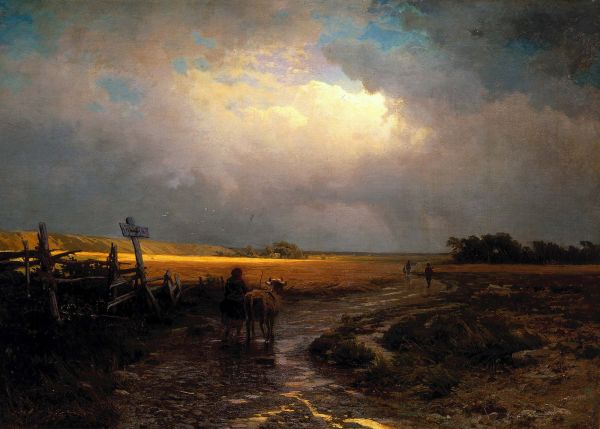 Fyodor Vasilyev often addressed the image of the rural landscape after summer rain. Roads disappearing into the distance and the lonely figures of peasants driving their cattle were an invariable element of such landscapes, lending an emotional tinge to the painting. ln this particular work, the motif of the road acquires a philosophical meaning. The darkened, broken fence and the stony road washed by the rains adds an elegiac air to this reflection on the trials and tribulations of village life.The light patches of the puddles on the road and the cornfield illuminated by the sunlight contrast the murky tones of the rainy day, introducing a hint of optimism into the composition.